Cue the controversy! We’re diving into the pros and cons of GMOs. There are usually a lot of spirited opinions and debates around genetically modified foods, but I intend to keep this article as neutral and impartial as possible. There’s a lot of public skepticism around the topic. Is the fear warranted? Should you be concerned about GMOs? What should you look out for?

Let’s dive into all the details. Keep reading to learn more!

Note: This article contains affiliate links, meaning In On Around will make a small commission at no additional cost to you. This helps me maintain the site. As always, I value full transparency & only work with brands I love and trust.

GMOs or “Genetically Modified Organisms” are living organisms that have had their genes altered in one way or another. They can be bacteria, animals, or crops, and have also been used to create medicine and textiles. Since GMOs have had their genes altered, they’re prohibited from USDA-certified organic products (as long as it’s about 95-100% pure).

Genetically modified crops are commonly used with pesticides and herbicides, like dicamba and glyphosate. You can read more about glyphosate here: Is There Glyphosate In Organic Food? Glyphosate 101

Let’s dive into it all in more detail:

According to the USDA, genetically engineered crops (GE crops) can be classified either as:

The “stacked” variety has become increasingly popular since the year 2000, especially for cotton:

Cisgenic GMOs are very, very new – they began in 2015! They also don’t have nearly the same level of regulation as transgenic crops, which can pose a significant risk.

For centuries, humans have been selecting & slowly altering crops through the process called cross-breeding. This involves selecting the best of the best crops (like corn), and re-planting varieties which would increase the harvest and breed a more desirable crop. It was a natural form of “trial and error” to see what worked and what didn’t for farmers. Who wouldn’t want juicier, healthier crops?

However, today’s form of “selective breeding” is very different.

Through this process, they have thereby modified the cells of the plant with the edited gene.

There are distinct differences between genetically modified crops and genetically engineered crops. With genetic engineering, foreign DNA is introduced to a cell from an unrelated species. In genetic modification (GMOs), the crop’s current genetic material is altered or modified in some way to create a new attribute.

While similar, they use two different modification techniques. Now, according to the USDA, “bioengineered” is food that “contains genetic material that has been modified through certain laboratory techniques and for which the modification could not be obtained through conventional breeding or found in nature.” [2]

We’re not eating the same food we used to eat.

The food our grandparents once ate is significantly different than the food we’re eating today. This is extremely important to note when we discuss the potential pros vs. cons.

The following crops are currently allowed to be genetically modified:

This list also includes products derived from these crops, like vegetable oils, flours, proteins, syrups, and more. For example, soy lecithin, soy isolate, and soy flour can all be derived from GMO soy.

GMO advocates & lobbyists are always pushing for this list to grow, so it’s important to keep up-to-date on the latest agricultural news!

Bioengineered/GMO tomatoes and beef, for instance, are coming down the pike. It will take about 2 years for this beef to come on the market, but this is (unfortunately) just the start of bioengineered animal products. Some cattle are now being bred to “better withstand climate change,” so they’ll have a shorter “slick” coat. Keep an eye on this as it rolls out.

GMOs are commonly used in animal agriculture. In fact, over 95% of animals used for meat and dairy in the United States eat GMO crops. YES, 95%! If a meat product does not specify that it’s non-GMO or organic, always assume that it was fed GMOs.

Cattle that will become certified organic beef cannot be fed GMO corn, grain, alfalfa, or other feed. No genetically modified feed can be used at all in organic farming (which is a win)!

Over 95% of animals used for meat and dairy in America eat GMO crops.

As of January 2020, the genetically modified crop labeling requirements have changed. This is, frankly, an effort by the FDA & USDA to DECREASE transparency on genetically modified ingredients. Products with GMOs are now required to list them on the label as “bioengineered.”

The new bioengineered logo is also intended on making it seem more “natural,” (it has a picture of sunny green grassy fields). The terminology can be confusing to consumers (especially since most people are unfamiliar with most shoppers). This change has made it VERY difficult to know if a product contains genetically modified ingredients, especially if brands choose not to disclose it clearly. There are new loopholes in the regulation.

Some important things to note about this change:

It’s not required to specify on the label exactly which ingredients are GMO and which are not. Most manufacturers are not fully transparent about it and consumers are left in the dark.

Important Note: As of January 2020, GMO labeling requirements have changed!

There are now 5 ways that food manufacturing companies can disclose if they’re using bioengineered ingredients:

*Important update as of September 2022*

If companies require shoppers to go to a separate website, link, text message, or call a number to request information, then it could discourage shoppers from taking the next step towards learning about what they’re truly eating. A QR code is not enough information to properly inform a consumer about the presence of bioengineered ingredients! It’s, frankly, just putting up a curtain to make it less transparent.

A judge recently ruled that GMO labeling needs more than just a QR code. The USDA acted unlawfully. Hopefully, this will enact change and require the USDA to revise its ruling. [6, 7]The USDA was even sued prior to their 2018 ruling since a 3rd party study showed that electronic disclosures can oftentimes fail and are not adequate methods to fully disclose ingredient information. [8] These electronic disclosures can be extremely confusing to use for consumers, especially those with a lack of technical knowledge. Proper internet or phone connection is also oftentimes required to gain that information, but in-store WiFi may be limited, especially in smaller or rural retailers. This was creating a major food transparency accessibility issue!

The new bioengineered labeling laws will cause further confusion amongst shoppers.

There are distinct differences between the USDA certification and Non-GMO Verified certification. The Non-GMO Project Verified seal only takes into account whether a product contains GMO ingredients. It does not consider the use of chemical fertilizers, synthetic substances, irradiation, or sewage sludge (unlike USDA organic).

USDA Organic is far SUPERIOR to Non-GMO Verified, however, both are far superior to conventionally grown produce (or produce without full ingredient disclosure or transparency). Non-GMO verified certification can be helpful when searching for conventional GMO-grown crops.

Here is a great explanation by Boston Organics of the differences between the two certifications:

Greenwashing Alert: Some packed products will slap a “Non-GMO Verified” seal on the products after being certified, even if their products would have never contained GMOs in the first place. This is a common greenwashing tactic used in the food manufacturing space. If a product (like plain almonds) lists “non-GMO” on the label, this is a marketing ploy, since they wouldn’t be genetically modified in the first place.

Are GMOs In Organic Food?

No, USDA organic certification prohibits the use of bioengineered ingredients or genetically modified ingredients. The USDA requires that certified organic products are 95-100% organic ingredients only, so, at most, a product would contain about 5% GMO ingredients.

Even if a product has the “100% USDA Organic Certified” seal, it can contain up to 5% of GMO ingredients (mostly because cross-contamination is almost impossible to avoid). The USDA organic prohibits the use of chemical fertilizers, irradiation, synthetic substances, sewage sludge, and GMOs.

Let’s dive into the arguments in favor of bioengineered foods. Note: be sure to read the cons, since some of these arguments are debunked!

Now let’s dive into the many potential cons of GMO foods:

Can We Feed The World Without GMOs?

Controversial topic alert: GMOs do not feed the world. The issues around food poverty do not lie in food production. We are farming and producing enough food! The issue lies in food distribution and food waste management.

The majority of GMO crops go towards animal feed (mostly factory-farmed), textiles, and biofuels, like the production of ethanol. It’s not always for direct food consumption! We don’t need GMOs to feed the world – even with a rapidly growing population.

Hunger comes from socioeconomic inequity – it does not come from food shortage.

What To Do About GMOs

Whether you’re pro-GMO or anti (it’s a heated topic)… we all deserve to know what’s in our food & make informed choices. Keep your eyes peeled for this change in the food industry.

After analyzing the pros and cons of genetically engineered crops from a neutral perspective, the answer is clear: the cons far outweigh the pros. Avoiding GMOs whenever possible is the best course of action. Whether you plan to buy GMO products or not, it’s clear that the changing regulations and labeling laws are weak. We all deserve to know what’s in our food, so let’s keep fighting for more food transparency!

Click on the below FAQs to learn more about the pros and cons of GMOs!

There are distinct differences between genetically modified crops and genetically engineered crops. With genetic engineering, foreign DNA is introduced to a cell from an unrelated species. In genetic modification (GMOs), the crop’s current genetic material is altered or modified in some way to create a new attribute.

How recent was the adoption of GMOs?

The adoption of genetically modified organisms, or GMOs, is very recent. The first GMO food to appear on the market was a tomato in 1994.

What are the most popular GMO crops?

Can we feed the world without GMOs?

Yes, we can feed the world without GMOs. The issues around food poverty do not lie in food production, rather it lies in food distribution and food waste management.

What are your thoughts on GMOs?

Let me know your thoughts in the comments below!

You can watch our web story here.

Want to read more? Check out my other articles here!

Copyright In On Around LLC 2022 ©. The statements made on this website have not been evaluated by the FDA (U.S. Food & Drug Administration). They are not intended to diagnose, treat, cure, or prevent any disease. The information provided by this website should not be used as individual medical advice and you should always consult your doctor for individual recommendations and treatment. The information contained in this site is provided on an “as is” basis. Related to this site, there are no guarantees of completeness, accuracy, usefulness, or timeliness. In On Around LLC assumes no responsibility or liability for any errors or omissions in the content of this site. 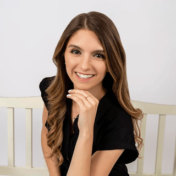 About In On Around

Catherine Cabano is the Founder and CEO of In On Around. She is a Harvard-educated Ingredient Safety and Environmental Toxins expert. Catherine has a background in Food Science, Personal Care Quality, and Regulatory Compliance. 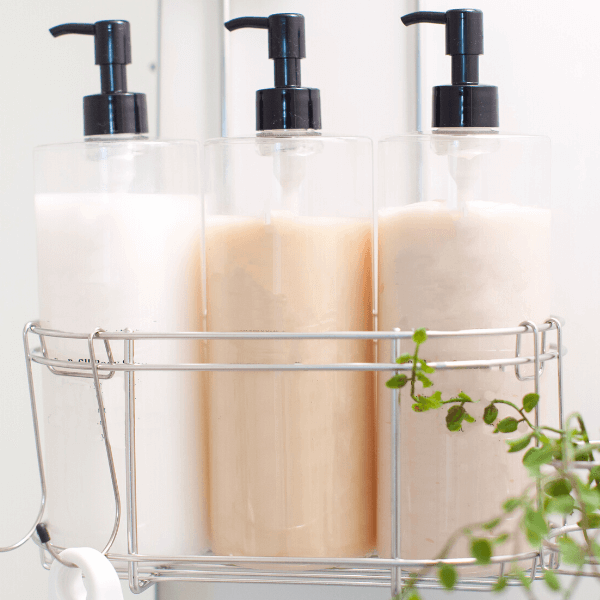 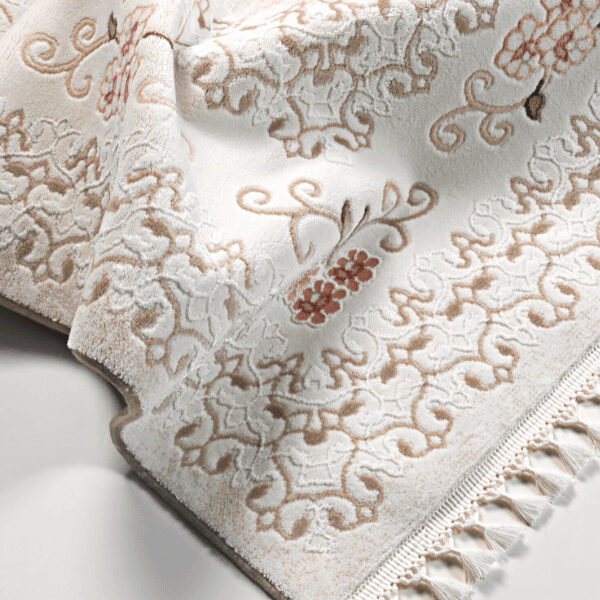 Your Guide To Non-Toxic Couches & Sofas 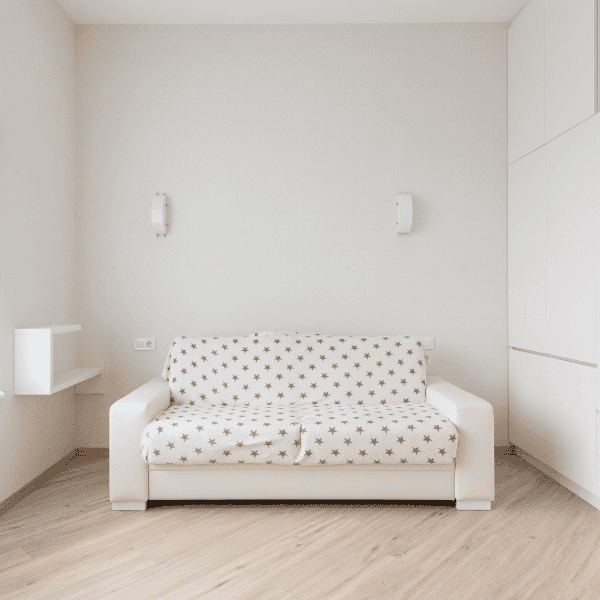 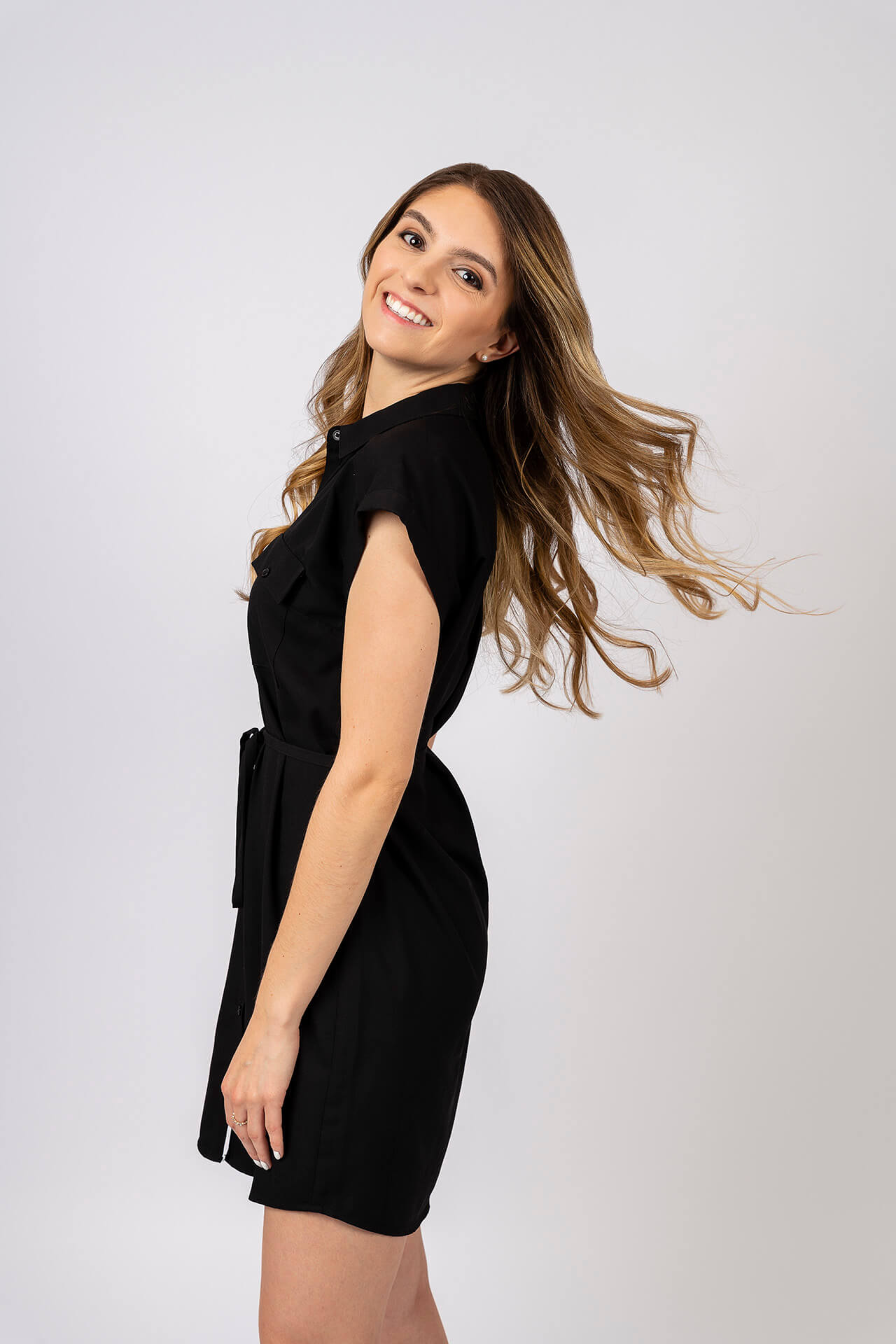 Welcome to In On Around! Your one-stop shop for the latest & greatest holistic health information. Learn to take control of what goes in, on, and around your body.

Learn More About Me 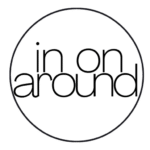 Support In On Around

Please check your email (& spam folder) to confirm your subscription. Be sure to follow along on Instagram too!